Black magic in Islam and what genii can do to you

Black magic in Islam is performed in two ways, specifically by reading special texts which are often taken from the Koran, or by controlling genii which execute the orders given by spellcasters. Naturally, the first method is considered safer because the spellcaster changes the reality through their own energies only. However, ritual magic is also more difficult to master. To succeed in it, the spellcaster has to cleanse and strengthen their subtle bodies, and learn how to generate the right energies needed to perform each specific spell.

Sometimes it takes spellcasters a lifetime to do all of those things, so a lot of people who are familiar with black magic in Islam like the second way better because it seems easier to do. You perform a special ritual to make a deal with a genie and the genie becomes your servant. A genie can be forced to serve you. Similarly to what is described in Castaneda’ s books regarding the capture of an ally who later becomes the shaman’s servant, the Muslim sorcerer locates and captures a genie making it his servant, too. 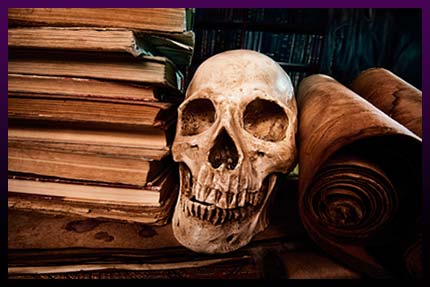 Genii’s obedience is quite conditional. Do not forget about it or you will get hurt badly. Being the creatures of the fire which belong neither in hell nor in heaven, genii love freedom. In addition, they make a deal with a spellcaster not without consideration. Different genii pursue different goals. Since, like sorcerers, genii can be white or black, their intentions can be good or bad.

Some genii are like guardian angels (such comparison seems quite appropriate) protecting their spellcasters, teaching them, making them stronger and wiser. Some genii make a deal in hope to seize control of the sorcerer’s body, even for a while, in order to experience what it is like to be a human living on this planet. Yet, the majority of genii agree to cooperate with practitioners of black magic in Islam only to feed on their energy.

Since we are talking specifically about black magic in Islam, it is important to understand that, if you get to perform some black magic rituals, it is genii serving evil and feeding on black energy that will help you. According to the Islamic books, genii, by fulfilling the sorcerer’s wishes, make the sorcerer suffer. People can suffer due to their depression, anger, despair, insecurity, etc. or due to being unable to love themselves, be happy or satisfied with their life or job. Genii can even harm the sorcerer’s children and other loved ones resorting even to murder.

Powerful spellcasters know that dealing with a genie is like a war. It is a war that knows no truce. Someone has to be a winner in this war, the sorcerer or the genie. However, it is impossible for the sorcerer to defeat the genie for good because the genie is always learning something new. It gets stronger by feeding on the black energies of the spellcaster’s victims. Normally spellcasters cannot develop and improve their skills so rapidly, so they are bound to lose.

When the spellcaster loses the fight with a genie, he has to prepare for demonic possession. It does not look like the one they show in movies, because the genie does not need the spellcaster’s soul. It needs the energies of the spellcaster, all of them. As a result, the spellcaster turns into a weak-willed apathetic creature who can resist no temptation, while suffering from mental disorders and hallucinations.

According to the Islamic tradition, relationships between a human and a genie (sorcerer-genie or person (sorcerer’s victim)-genie) occur not because it is something the human or the genie wants. They occur only if the Lord wants it because he is the one controlling the situation. It is the Lord who, according to Islam, decides which of the spellcasters can reach out to the genie and what will come out of it, if the genie can torture and control the person, and so on. So you need the Lord too if you are looking to be saved from a genie and Islamic black magic. However, you should remember that your prayers will reach the Lord only in 40 days after you use black magic. Until then, you will be one on one with your torturer.

Those familiar with black magic in Islam know that it is not a punishment. It is a test and a lesson which make wise and strong people even wiser and stronger fortifying their faith in Islam. 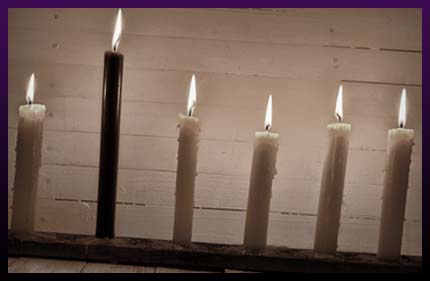 Sometimes the Lord tests people against their will. I mean you do not have to be a professional magic practitioner to deal with a genie. Genii do not attack right away. They begin with what is known as “whispering” to lure you away from your Islamic beliefs and then they try to seize control of you. Religious people are not immune to genii because religious beliefs are tested rather commonly. Nevertheless, they are more resistant to such “whispering” and are usually firm in their faith.

As for the rest, black magic in Islam is very similar to European black magic or voodoo magic. With their black magic spells, Islamic sorcerers ruin the targets’ lives taking away their love, money or health. They offer almost all kinds of spells, and their results are similar to those typical of other rituals. The difference is how the rituals are performed and how to protect oneself against Islamic black magic.

Before you try to make contact with a genie, remember that they are super-creatures if compared with us, humans. People are helpless before genii, even though they can protect themselves against them, fight them and even win. Yet it happens rarely. Besides, genii can become invisible, change their appearance, and influence people at an energy level – metal, astral, physical, as well as at the level of the energy of the dreams and fears.