The effect of some love spells is similar to that of an evil curse, while their consequences can be grave for the person the love spell is put on. If you notice that you have taken a liking to a person who you have always been indifferent to, if you understand that this person is not good for you but can’t do anything about it, you may have been put a love spell on. Immediate actions should be taken to remedy the situation, or it may affect your body and mind.

To perform a ritual to remove a love spell 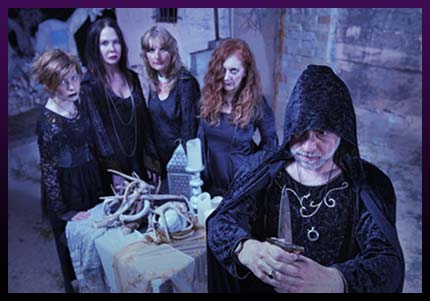 You need two 20-centimeter threads (black and white), a candle (preferably from a church or just a white one), a chicken bone (a Y-shaped breastbone; a boiled one is okay), and a tincture of St. John’s wort (from the drugstore). The ritual should be performed when the moon is waning, meaning it’s in the last phase and only a narrow crescent can be seen in the sky.

So, insert the candle into a candlestick and light it. Soak both threads in the tincture. Take the white thread and wind it round one half of the breastbone, then take the black thread and wind it round the other half of the bone. Holding the breastbone over the fire, make sure the burning ends up on the center of the bone. Look at the candle and pronounce the following, “Bear spear, you bear spear, you didn’t stab me. It’s either the burning settles on you bitterly, or all unbearable-movable moves from me to you. The black curse to the left, the evil eye to the right.” Break the bone in two and say, “Everything that is broken won’t knit, everything that died won’t grow together, and I, God’s servant (your name), with God’s servant (name of the person you suspect of having put a love spell on you) won’t be together ever.”

Anyway, the ritual has to be finished. Take the two parts of the breastbone and bury them far from each other. While burying each of them, pronounce the following, “As these two bones are apart, so are we with you, God’s servant (name), to never meet on the same path.”


Go home, take a shower, and go to bed. Your soul will find peace, emotional strain will be relieved, and this person will never be able to put a love spell on you again.