Have you noticed changes in your partner’s behavior? Doesn’t he treat you with as much love? Are you afraid someone might have cast a love spell on him? This article will teach you how to find out if a black love spell has been cast.

Magical influence deprives a person of his will power. He isn’t interested in work, is unable to make decisions, and he can’t help thinking about the one who ordered the love spell. Naturally, this dependency affects his work and business. 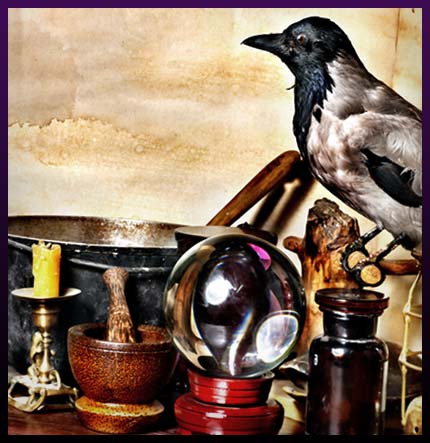 Those who are going to cast a love spell have to remember that use of the energy of dark beings and death may be very dangerous for both sides. The love spell should be cast properly or it may have opposite effect or even result in a curse.

There are other symptoms of a black love spell. For example, the man’s character changes. He becomes more suggestible and sentimental, starts to pity himself. It often leads to depression. The person starts getting tired quickly and has nightmares (including sex-related nightmares).

Being together with his partner, he still feels empty. No matter how close to you he is sitting, his thoughts are always somewhere else. He’s not interested in you anymore and pays no attention to you. He stops discussing his feelings and business with you.

You can’t persuade him to go to a spell caster. He rejects a possibility of a magical attack.

Resisting the influence, the man becomes a loser. It seems to him that the whole world is against him, wanting to take away what belongs to him.

Symptoms of a black love spell vary. They also depend on which charkas have been influenced. Thus, the person may have heart problems (heartache, arrhythmia) or sex organs problems (impotency, frigidity (with everybody but the one who ordered the love spell), pain). It usually happens when the man hasn’t switched to his new desire.

If object magic has been used, you’ll find objects in your partner’s pockets and house which are not supposed to be there.