Since most people know very little about the energy processes occurring in our body, many spellcasters prefer to be brief and not to go into detail. This is what they usually say, “Black magic to break marriage can have negative side effects if you work with a low-qualified magic practitioner or cast a spell to break up a marriage for yourself.” Unlike them, I, spellcaster Maxim, want to tell you about the negative consequences of this kind of magic in detail. 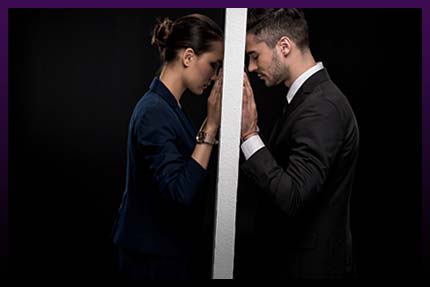 Black magic for breaking marriage always works in the same way. It worsens energy levels in people as this is the only way to break up someone’s marriage.

Imagine that there are two people, a man and a woman. Let us assume they do not love each other but are together out of habit or because they are good friends or consider each other family. This is possible because their energies have been synchronized after years of adapting themselves to each other and finding compromise. A marriage is a process of continuous energy exchange, and each of the spouses is both, an energy donor and an energy recipient.

The woman helps the man rest, gives him confidence and piece of mind, and encourages him to win. The man makes the woman feel strong and protected. Thanks to the man, the woman feels calm and has pure energies. A marriage can be considered a happy one even if only 30% of the energy is exchanged. If it is higher, this marriage cannot be broken up unless high-quality magic spells are used.

To break up a couple, the sorcerer needs to interfere with the energy settings of the spouses so energy could no longer be exchanged between them. For this reason one of the spouses is put on the path of energy degradation. People are naturally repulsed by the unpleasant, underdeveloped, rude and vulgar. We say we do not like certain character traits in a person, while in fact we are pushed away by the low-quality energies which serve to bring up the worst in this person.

A spell to break up a marriage and its target

We have seven different chakras but each chakra is equally important to our well-being. Energy degradation starts with the upper chakra. This is when the following symptoms can be developed:

The target becomes quiet and stops making jokes and laughing;

The target develops a bad sense of humor and starts finding other people’s pain funny;

The target stops trying to achieve greater things in life;

The target focuses on what they can gain right now;

The target stops taking responsibility for other people;

As a result, this spouse is thrown several energy levels down turning into a burden to the other spouse. This makes their relationship unbearable and the spouses decide to end it and get divorced. Thus, the person you love is set free from the relationship but he or she is not free from the magic that changed this person so much.

The thing is you cannot remove all the negative consequences of black magic to break up a marriage. If you do, your loved may get back together with his or her. They will move in together and start over. So you should wait until the other partner falls in love with someone else or his or her chakras reject the previous energy pattern completely and learn to function on their own without getting energy from the outside.

Black magic for breaking marriage and the need to wait 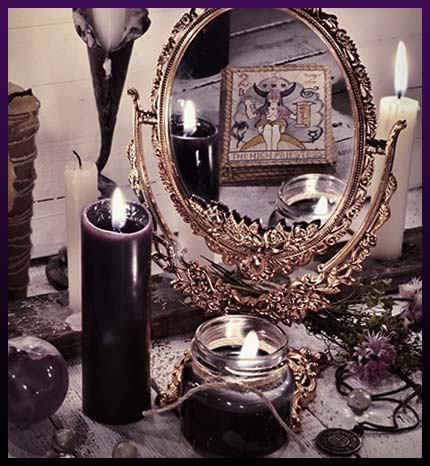 Waiting is hard not only for the one black magic spells to break up a marriage were put on. It is also hard for the person who ordered the ritual. Despite large amounts of energy available in the Universe, Higher Powers use it with caution and try not to waste it. To get energy from the outside, you need to become someone who makes other people generate positive energy, such as a good doctor, a musician, an artist, someone who can make a difference.

When you destroy someone’s family using magic, you become an outcast for breaking the laws of karma. You are not punished for it but the amounts of energy supplied to you go down greatly so you could not cast black magic spells in the future.

But this is not the only side effect of a spell of black magic to break marriage cast for yourself. Do not forget that your spell put another person on the path of energy degradation cutting him off of his usual sources of energy. To stay alive, this person needs to find new sources of energy. As a result, this person takes what he lacks from you.

How will it make you feel? Believe me, it will make you feel very bad. You will feel tired and eventually develop some diseases. Tie your finger with something to stop the blood circulation in it. In a few minutes your finger will appear blue in color and then it will start hurting. Eventually, the cells will start to die leading to gangrene. The same will happen to your organs, muscles, joints and brain. You will develop the diseases which could have been avoided had you not cast black magic spells for yourself.

To survive, your body will switch to more rough energies causing your degradation. Go back and read what happens to such people and you will understand why a spell to break up a marriage cast for oneself can be very dangerous.

Black magic to break up a marriage and dark creatures

There is one more important thing I, spellcaster Maxim, keep reminding you of. When you perform a black magic ritual, you influence people not with your own energies. You call up black creatures which start to consume your energy making your condition even worse. Such creatures make their victims feel severe physical and emotional pain.

You must have read about such thing as demonic possession. But it is not what happens to people casting black magiс spells for themselves. People can live next to an evil creature for years without knowing it. We tend to make excuses for our problems. So when bad things start happen to you, you will probably say that:

You are tired because you work too much;

You are in pain because you are a weather-sensitive person;

You gain weight because you have a genetic predisposition to be overweight;

You have a bad memory because you do not train your brain;

You are bad at things you used to be good at because you are getting old;

You are not as good-looking as before because you are getting old, too;

As a professional magic practitioner, I know that people with heathy energies stay young and look good at all ages. If you are 30, 40 or 50 but you look older and get tired too fast, your energy levels are too low.

Luckily, there is “salvation” for such diseases. First of all, do not cast spells for yourself at all. Secondly, if you are afraid someone can put a spell of black magic to break up a marriage on you, protect yourself with a powerful magic amulet. Thirdly, if you have ignored the first two methods of protection and the spell is already influencing you or you have already performed a black magic ritual, contact an experienced magic practitioner because it is the only person who can help you now.

Black magic spells to break up a marriage 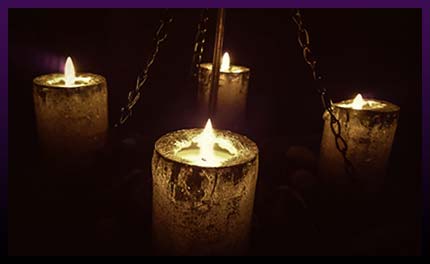 “Are men at higher risk of being influenced with black magic spells than women?”

I would not say so. The number of male and female clients asking me for such spells is about the same.

“Black magic spells to break up a marriage are usually put on good-looking people, aren’t they?”

Yes, such spells are more often put on beautiful and sexy women or rich, strong and successful men.

“Will I experience the above described side effects too, if I work with a sorcerer?”

You will, if your sorcerer lacks skills or experience to cast spells properly. But you will be safe if you work with me, a spellcaster whose top priority is clients’ safety.

“Can magic destroy a marriage if the spouses have children?”

You should be very careful using spells to destroy such marriages. To begin with, you need to have the children’s fortune told. If the divorce of their parents will become a tragedy for the children and they will carry the negative emotions from the incident through their whole life, no spells should be put on that family.

“What should I do if I want to cast black magic spells to break up a marriage for revenge?”

Prepare for the fact that even the most powerful of spellcasters will be unable to protect you from the punishment you will face for committing a karmic crime. However, a spellcaster can rid you of the need for revenge and bring back peace of mind.

“Is it true that black magic can’t break up people who truly love each other?”

With magic, you can do anything. The question is if your magic practitioner is willing to spend one to several years to do that. Yes, this is how long it takes to destroy a relationship of two loving hearts.

“Is it true that the side effects of black magic can be experienced by your children as well?”

It is true. Generally such spells transform into a celibacy wreath. To find out how to check yourself for its signs, please watch the following video.