ESSENCE OF THE CURSE

The curse is an energy formation, a bundle of negative energies. It’s located in the man’s subtle bodies and penetrates his physical energy. Some claim curses can be found only in two lower subtle bodies of a man. Since subtle bodies can be left or right, the curse can be located either on the left or on the right. This negative formation prevents the energy from moving in the channels and chakras and causes spasms.

The energy of the curse causes finger dumbness (first phalanx) 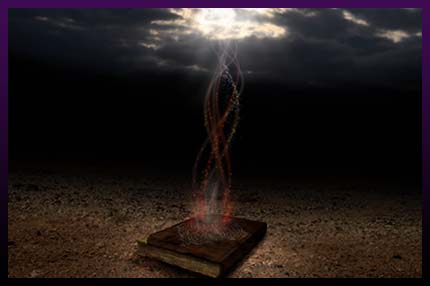 This energy formation is extremely hard to remove and dissolve even with the help of high energies. Curses are created not only by black magic specialists, but also by regular people. An angry person generates negative energy. People can’t imagine how easily a curse is created. For some, it’s a habit and they know little of the consequences of their curses. As a result, these people suffer from incurable diseases, while misfortunes pursue them all their life. It seems to people that their negative emotions and mean words don’t affect them.

However, when a curse is created, it penetrates the curser’s subtle bodies and then begins its destructive activity. As you sow you shall mow – this saying described the essence of the curse perfectly. The negative consequences of a curse boomerang against the curser. Many people don’t realize the power of their thoughts and words and create curses with a destructive purpose. An energy exchange occurs during communication.

Some people are uncomfortable to be around and no one can say why. It usually happens when a person radiates negative energy, his energy is not pure or he’s an energy vampire. A newly created curse uses the power of the mind to travel from a Soul to a Soul and enter the essence of the person.

For example, the curse causes spasms which lead to incurable diseases. Its high density pollutes the man’s physical energy. The energy of the curse may block the channels of the legs and thus cause leg problems. A man may start suffering from high blood pressure (because of the spasms) and drugs will only ease the symptoms. Also, psychological problems may appear (emotional instability, etc.). The list goes on. The fact that the thoughts and words of one person may affect the well-being of another may seem unjust. But that’s the way it is.

To protect yourself from negative influence, you should try to be pure on the inside. For example, the subtle bodies of a curser are clogged up with negative formations. This will weaken him and cause incurable illnesses. The illnesses won’t be able to be cured until the curse is removed. For example, the energy of the curse stuck near the man’s pancreas will cause diabetes. The pancreas has muscle pores which produce insulin. They work like pumps. Affected by the energy of the curse which causes spasms, they stop functioning normally. The pancreas stops producing insulin. Thus, negative emotions turn into a disease. That’s why it’s important to understand that your thoughts and words are energies which may cause illnesses and other problems. Besides, it’s easy to create a curse, while it takes a lot of time and effort to remove it. It’s always easier to destroy something than to fix it. Don’t think that curses are the problem of other people and it doesn’t concern you. Only a saint is completely protected from it, so be realistic.

Often, people who’re used to thinking negatively have a large number of not very powerful curses. Life’s difficult, we make mistakes and have to deal with the people we don’t want to deal with. That’s why any of us can be the victim. Even weak curses can do harm, and both the curser and his family will suffer from multiple illnesses. When parents curse someone, their curses may end up on their children and they start falling ill. That’s why it’s important to control your thoughts and words. What you say and what you think is your creation which will always return to its creator. Any thought strives to go back to where it came from. That’s why don’t put the blame for your diseases and problems on God.

Cursing others, you curse yourself and your family

Not knowing it doesn’t justify you, as ignorance of the law excuses no man. Apart from illnesses, curses affect your life (you can’t earn money, start a family). The negative energy influences your life and causes nothing but problems. You can diagnose yourself by feeling the energy with your hands. It’s easily detected physically, while it’s not easy to detect if it’s located in subtle bodies. Indirect symptoms of a curse include apathy, sleepiness, fatigue. Repeated problems can also indicate a curse. Obviously, the curse makes your life complicated so you naturally want to get rid of it. I have a huge experience in curse removing and casting.

If you have any questions about magic (including curses), contact me.