Among all magical rituals which can affect our life and fate, the fornication curses is one of the easiest to diagnose. Its symptoms are evident and individual, so it’s hard to confuse this curse with something else. 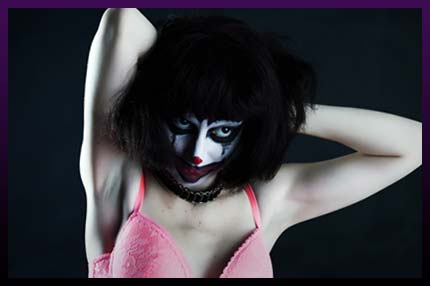 1. A woman is aroused and it makes her have sex more often than before a fornication curse was cast on her.

2. A woman loses interest in her sexual partner. Attempts to have sex with her make her angry.

5. Her behavior changes. A kind and shy woman may turn into a creature full of hatred, anger and scorn.

1. Strange as it may seem, but fornication curses make men stupid. A fornication curse may turn a smart, careful and talented man into a madman exhibiting his genitalia in the middle of the street.

2. A man has a continuous erection (even after several intercourses).

4. He likes having sex in weird places, such as abandoned houses, dumps.

5. The behavior of a cursed man changes. It resembles that of a woman. Hysterics and scandals are observed and the man cries for no reason like a woman during her PMS.

How a fornication curse can help you

People also ask me to cast a fornication curse to win in a competitive struggle to get the desired position. A fornication curse cast on the rival will make him neglect his duties, thus reducing his chance of getting the job. Magic may cause the man to sexually harass his female coworkers for which he may get fired and tried. 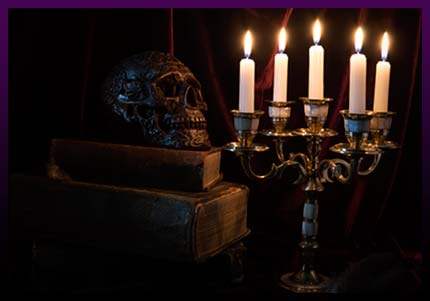 I understand why people are eager to use this kind of magic but I want to warn you against casting a fornication curse on your own. The consequences are unpredictable. A fornication curse cast on your own may return to you and make you sexually frustrated and suffer because of that. Despite the fact that you cast this spell on your own, you won’t be able to remove it and will have to find a very powerful spell caster to help you. And remember, fornication curse removal is way more expensive than its casting.

An incorrect casting of a fornication curse can lead to frigidity or chronic impotency of the woman or the man you cast your curse on. The fornication curse works in the opposite way, so you won’t get want you want.

More importantly, Higher Powers don’t let all people control them (magic can’t be done without their help). So when people try to cast their first curse, Higher Powers may punish him for it. No one knows what the punishment will be: poverty, illnesses, misfortunes, arguments… In some cases, it may be insanity or death. So if you want to cast a fornication curse, don’t do it on your own. Go to a powerful spell caster who will do it for you, at the same time protecting you from any punishment inflicted on you by Higher Powers.

Order an infidelity and fornication curse from a powerful magician

Ordering a fornication curse from me, you don’t have to explain your motives. It doesn’t matter for me. Whatever brings you to me, I will do my best to perform a very powerful ritual to guarantee the best results. Moreover, you will be able to choose the term during which the object will be under the influence of the curse, as well as its power.

I practice safe magic, so you don’t have to worry about anything when you come to me. My magic doesn’t ricochet and won’t harm you. If will influence only the one the curse is cast on. I have wide experience and guarantee accuracy of my magical influence.