HOW TO REMOVE A HUSBAND CURSE 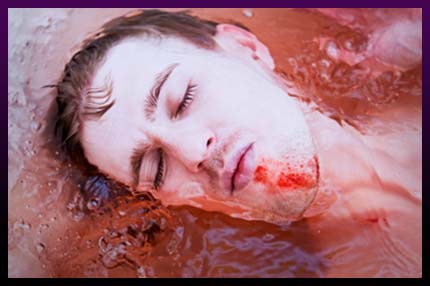 The victim’s energy is not the only thing affected by magic. It also changes his habits and tastes, thoughts and lifestyle. In other words, if you don’t have the cursed removed from your husband, it’ll make him a different person, a worse person.

For example, your husband may start abusing alcohol and taking drugs. A husband curse may make the man so lazy that he’ll quit his job or will lose interest in his business. He’ll start overeating and stop working out which will cause obesity. He’ll pick up a bunch of bad habits.

Cursed people usually disregard personal hygiene and after a while they start smelling horribly. Also, a husband curse may make the man impotent. If your husband is losing his potency which can’t be treated with pills or a diet, and (attention!) he’s under 55-56 years old, his problem may be caused by a husband curse. Think about it.

Sometimes, as a result of a husband curse, the married man finds a lover, joins a swinger club or starts having sex with prostitutes. In this case, lust is caused by witchcraft, so the man can’t do anything about himself no matter how much he wants to.

Another sign of a husband curse is sudden, unmotivated aggression and irritability. If your husband quarrels with you a lot, beats you and your children, don’t jump into a divorce and don’t call the police. Order magical diagnostics. Maybe, it will make him understand that curse removal will make him the man he used to be, loving, gentle and caring.

Why a husband curse affects the whole family

I always advice people to have a husband curse removed once it’s diagnosed. Any curse is like a severe disease that affects not the body but the mind and energy. If you delay treatment (“treatment” is the only word that can be used here), the curse will spread to other family members, especially the children, and will eventually turn into a family curse.

You should also remember that the curse will always affect the people around the cursed man (husband, son, father, another male relative…). For example:

A husband curse will always drive the cursed man away from his family. Even if he doesn’t have a lover, he’ll still think you and your children are repulsive. The power of the curse will make him want to live alone and never return to his home which he hates so much.

At the worst, a curse cast on your husband will force him to commit a crime, including a murder, or a suicide, or it will make him homeless. Curses are often cast not only as punishment, but to cause death.

Remember: the curse never disappears on its own!

Don’t listen to those who claim that you don’t have to have a curse removed from your husband because it’ll disappear on its own in a couple of weeks or months if you don’t pay attention to it and love your husband the way he is. It’s a VERY HUGE AND DANEGROUS LIE!

No curse can disappear on its own. Ever. The curse turns the man into its slave, while the energy of love and forgiveness which is supposed to dissipate and burn the curse down, will be pushed away by it and won’t be able to improve the situation. Such confrontation will exhaust you energetically. Sooner or later, you’ll give up and stop fighting for your husband and the father of your children, for your love and family happiness you once dreamed of.

Anyway, if you suspect that your husband’s been cursed, contact me immediately! I will carry out magical diagnostics as soon as I can and will remove the curse if any is revealed. You don’t have to come to me in person as I can remove a husband curse remotely.

There’s one thing I want to repeat:

Don’t delay contacting me! Don’t put up with the curse if it’s spoiling your life! Contact me now and together we will cope with any trouble! I guarantee that I can remove any curse, including most complicated black curses.