How to break up a couple by yourself

Homepage Articles Love magic How to break up a couple by yourself
By: Spellcaster Maxim
Esoteric, astrologer, writer

How to break up a couple

Unlike ordinary people, powerful magic practitioners can destroy any relationship, no matter how strong it is. Since you, my dear reader, are unlikely to be a spellcaster, break up spells are going to be quite difficult for you to cast successfully. Magic, black or white, is like a boomerang. When you use white magic, you can expect part of the health, love or prosperity you create to return to you. When you cast black magic spells, their negative energy can return to you in full. This phenomenon is called magic retribution and statistically it is experienced by around 90% of all beginning spellcasters. 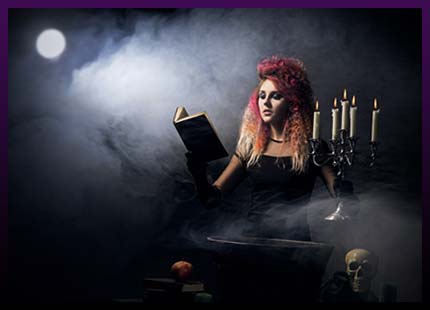 When you try to learn how to break up a couple, you should always remember that you are dealing with black magic. It means you should give equal priority to casting the spell properly and protecting yourself against its kickback. Chances are your spell will backfire. If you are still not a professional magic practitioner, it means you are probably not destined to be one. Becoming a spellcaster is rarely a personal choice. Usually magic chooses people creating the circumstances where their only choice is dedicating their life to magic and esoteric science.

The fact that you have never cast break up spells before, including a break up spell with lemon, makes you an experienced spellcaster by default. It will be very difficult for you to cast any spell in a safe manner. Since you want to learn how to break up a couple secretly, it means you will use black magic, and as you already know, it is very dangerous.

To find out more about the risks associated with black magic rituals, check out my article about a how to break up marriage spell.

Since that article is all about theory, today I, spellcaster Maxim, want to talk to you about practice. In particular, I would like to tell you about some rituals which you can perform without putting yourself in danger. Everything is interrelated in magic. So while I offer you safe spells, I have to let you know that they are not very powerful. Such spells can be used to break up the following couples:

Casting a break up spell with lemon 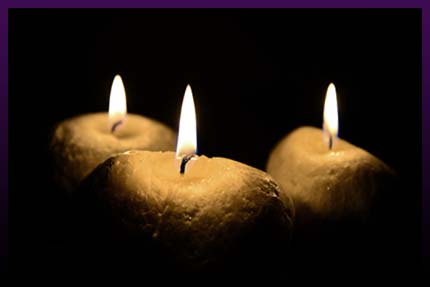 To begin with, I want to teach you how to cast a break up spell with lemon. Sorcerers have always preferred ingredients which properties speak for themselves. Thus, in the past they used gold to attract wealth or graveyard soil to make a person sick or to kill someone. The main feature of lemons is their bitter taste. You cannot eat a lot of lemons. A couple of slices make your tea taste great, but eating too much lemon can be harmful making your stomach hurt and your eyes water.

This lemon break up spell transforms the bitterness of the lemon into the energy that will make the partners avoid each other. The lovers will find it hard to have long conversations, have sex and just be together for a long time like it is difficult to eat many lemons at once.

So, let me tell you how to break up a couple without them knowing by casting this lemon break up spell. To begin with, you need to buy a proper lemon. Go to a grocery store and buy the ugliest lemon you find. The more brown spots, rotten parts and dents, the better. Do not buy anything else at the store. The lemon should be the only thing you buy.

When you come home, rinse it with cold tap water to neutralize its energy. Then put a table in the middle of the room where no one sleeps, put the lemon in the middle of the table, and close the door and keep it so for one day. Since you have set your mind on this ritual, the energies which will help you perform it are already coming to you. They will charge the lemon enabling you to cast the spell successfully.

How to break up a couple secretly – Continuation

When the lemon is charged (as a rule, it takes no more than a day), try not to touch it during the ritual or you may end up taking over its program. So use disposable rubber gloves. When the ritual is completed, take the gloves off and throw them away immediately.

The ritual should be performed when it is dark outside. There are many ways to break up a couple and this is a common requirement for such spells. Light three candles on the table: one black candle (put it in the middle of the table) and two white ones (put them at its sides). The black candle will contribute some separation energy to your ritual, while the white candles will be protecting you. Take a photograph of the couple you want to break up and put it in the light of the black candle. Say the following spell,

“You will find your love disgusting like you do lemons if you eat too many of them. As you grimace while eating too much lemon, your souls will grimace while seeing each other. As you stop your arm while reaching for another lemon, you will keep each other from getting close. May my words come true. You will no longer be together. Destiny will break you up. But you (the name of the one you want to be with) will not leave me.”

Cut the lemon in half using a sharp knife. Throw the knife away after the ritual without rinsing or wiping it. Put the photograph between the lemon halves and press them together to make it look like the photograph is cutting the lemon through. Secure the photograph inside the lemon with a black thread making sure they are pressed together tightly. Put it on the table and put the black candle next to it. Let the candle burn while holding the white candles in your hands without putting the flames out. Leave the room and close the door tightly or lock it if possible.

Throw the gloves and the knife away. Wash the table with cold water. Put the white candles which are still burning next to your bed and go to sleep.

In the morning take a paper bag and unlock the door. Put all the ingredients into the bag, take it out, and put it in the garbage container. Wait for the results. First visible results will appear at the end of the lunar month. 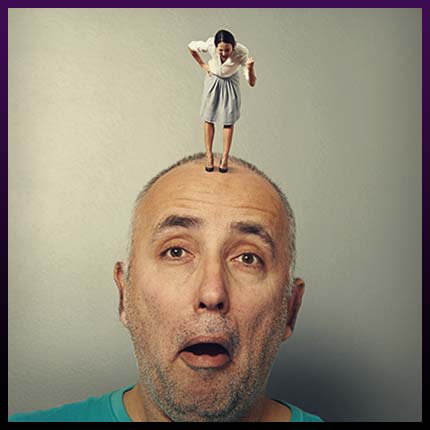 When you find an article on the Internet about how to break up a couple and read about a spell requiring some sacrifice, close the page and never come back again. Black magic rituals are quite dangerous as they are, while sacrifices make them even worse.

You may be required to make a variety of sacrifices. The most innocent one seems to be your energy. You ask some forces to make your wish come true and promise part of your vital energy in return. When the exchange of favors happens, it will not necessarily benefit you. Unable to control your energies, you may give too much of it and end up getting sick. Another common side effect is a mind parasite. If infected, you will have your energy devoured by it continuously for many years to come.

When you sacrifice raw meat or blood, you attract very dangerous energy predators. If a mind parasite can be compared with bacteria, then the predator is a tiger or a dragon. They are smart, strong, and cruel. Even professional spellcasters find it very difficult to fight such predators. As for you, they will catch you and take control of you in no time, turning you into their obsessed puppet or a source of negative energy you will generate by being unhappy and suffering all the time.

Yet the most dangerous sacrifice to make is a living creature. Most websites recommend hens, cats and rabbits for animal sacrifice. Killing an innocent animal is a very cruel thing to do. On top of that, the moment the animal dies, the energy released can break through the borders of your reality opening the door to actual hell. You can never know who will come to you through this door. One thing you can know for sure is that this encounter will be the most terrifying and destructive one in your whole life.

So avoid rituals requiring a sacrifice. Use only those break up rituals which you can perform alone. Any deviations from this rule, including the most insignificant ones, may have terrible effects in the long run. Neither revenge nor love is worth destroying your own life. So I, spellcaster Maxim, urge you not to take this risk.

Ways to break up a couple

If you are reviewing the information about how to break up a couple secretly, remember that there are different levels of break up spells. The simplest spells influence the target’s consciousness. A good example of such spells is the lemon break up spell described above. When you cast this spell, you hope that the power of your desire to make the lovers break up will be enough to make it happen. Well, since hope is the only thing you rely on, chances are the spell will fail. I consider it a very good result when even 20% of such spells work.

The next level is when you, by casting your break up spell, turn into a magnet. An energy magnet, of course. You boost your energies attracting your loved one like a magnet. As a result, this person leaves his or her lover/spouse to be with you. Such spells can be cast successfully only by very strong people who are usually very successful as well. If you lack strength, contact me. I, spellcaster Maxim, can turn your energies into a magnet allowing you to attract the one you love and keep your loved one attracted for years to come.

The most advanced level is when the spell caster calls up dark forces which take control of the lovers who need to be broken up. However, you cannot be with the one you love after this because that way you will also attract the dark forces. Such spells are usually cast for revenge. Their goal is to make people break up and doom them to being single forever.

Naturally, I cast such spells as well. However, they are more dangerous and therefore more expensive than other break up spells.

You can also learn more about them from the video that comes with this article.