HOW TO CAST A SEX SPELL ON YOUR OWN

Homepage Articles Love magic HOW TO CAST A SEX SPELL ON YOUR OWN
By: Spellcaster Maxim
Esoteric, astrologer, writer

A relationship between two people implies their interaction in different spheres of life. One of them is a so called natural sphere of life. It’s based on sexual satisfaction. Sometimes, sex keeps people together for many years. If a woman can’t get a man to be attracted to her sexually in the natural way, she can cast a sex spell on him. It is also called a spell to arouse sexual attraction.

Types and origin of sex spells

Even though sex spells are believed to be relatively safe and harmless, they are black magic spells. By the way, that’s why they yield such great results.

Traditionally, there are two types of sex spells: 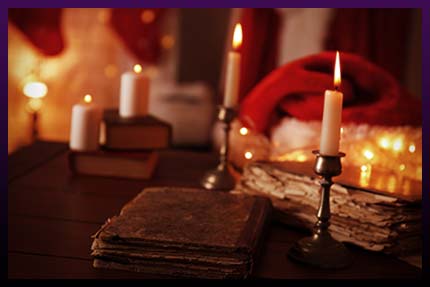 Sex spells arousing sexual attraction to the person ordering a sex spell. The person under the spell can have other sex partners. In other words, such a sex spell is aimed at sex only.

Eguillette is a powerful sex spell which makes its victim want to have sex with a particular person.

Casting a sex spell on one’s own is quite safe. It is recommended by spell casters and fortune tellers to married women who notice that their husbands have cooled off them. Unlike eguillette which may make men and women impotent or frigid with anyone but the person ordering it, a sex spell cast on a man on your own has no negative effect on the man. Also, eguillette may cause alcoholism, aggression or drug addiction.

How to cast a sex spell

Sex spells are not cast during sex. They can even be cast on a person who you haven’t had sex with yet. Casting a sex spell is pretty easy. That’s how it’s done:

A sex spell should be cast during the waxing moon, on Friday, that is the day of Venus responsible for sex and pleasure. To cast a sex spell on your own, you will need two red candles and a photo of the person you want to cast a sex spell on. To make a sex spell stronger, you will also need a piece of clothing of this person (to be patted during the spell casting just like the candle). The object of the sex spell will have to participate in its casting. Obviously, without knowing it. Before performing the ritual, take a relaxing bath, turn off your phone, entrance door intercom and doorbell to make sure nobody will distract you.

Keeping your eyes on the photo, light one candle and put it in front of you. Take the other candle and pat it (like you pat your sex partner during the foreplay), saying,

As for the other candle, it should be lit in the presence of the object of the sex spell. The sooner you light the candle, the more effective the sex spell will be.

You can also cast this sex spell on someone you don’t know personally. Anyway, make sure you have a photo of this person.

Don’t expect magic to do the whole work for you. Romantic dinners, sexy underwear, aphrodisiacs, pheromones… This will help you provoke strong sexual arousal every time you want or have to have sex.

Casting a sex spell using a photo, a church candle, and a sheet of paper

Take a photo of the person you want to cast a sex spell on, thin church candle, sheet of paper, and a pen. The spell is cast during the waxing moon. Light the candle, take the pen and the paper and write down the following spell,

“My prayers said, to the four corners of the earth, I’m going to bed having crossed myself. I hope I won’t get drunk until dawn, suppressing my longing for God’s servant (name). Let my longing go to God’s servant (name), make him love me passionately. From now on, all his thoughts will be about me, day and night, in the morning and in the evening. Amen.”

Using the candle, set fire to the paper. Your eyes on the photo, say,

“What goes over the head goes into the head! The fire flares up, the heart of God’s servant (name) becomes inflamed. Amen.”

Throw the ashes away through the window. Put the photo under your pillow and leave it there for seven days. Love spells are cast on men on Monday, Tuesday, Thursday; women – Wednesday, Friday, Saturday.

To achieve better results, repeat the ritual three months in a row, during the waxing moon.

Sexual relationship visualization as a form of a sex spell

Some spell casters claim visualization itself is a powerful sex spell. So be careful about what you wish for, because wishes do come true. Visualization of your future over a photo or a piece of clothing of the person you want to have sex with is sometimes enough. However, this method can only be applied to people who feel some affection to those casting a sex spell on them.

You can use Photoshop to make photos of the two of you relaxing on a beach, at home, or having sex. The energy of such photos can start a program to make your wishes come true.

Casing a sex spell, don’t expect the object of the spell to have feelings for you. If you want this person to love you, cast a love spell instead. Sex almost never gives rise to love. One spell doesn’t exclude the other.

Good sex can make a relationship last pretty long. Sometimes, people who enjoy having sex together fall in love with each other. So, always keep working on your sexual energy and your sex partner won’t even think of breaking up with you.