THE MAGIC OF WICCA

Traditionally, major world religions’ attitude towards other religious trends is rather hostile. They are attributed to destructive cults or sects. The magic of Wicca is no exception. It is considered a neo-pagan witchcraft religion. However, Wicca has no particular ritual system, sacred texts and authoritative governing body regulating its followers. Besides, it is allowed to address to God or Goddess using different names. 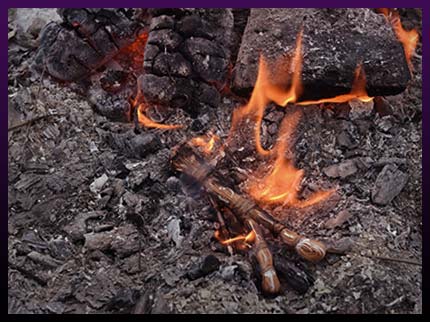 Wicca is an old religion which is based on the Sun cult, numerous rites of Celtic Druids and medieval witches. Like representatives of other magic cults, Wiccans are mistakenly considered to worship the devil. But in pagan mythology, as long as 30 thousand years back, there existed the Horned God who was just one of the many. Christian theology turned him into the devil – the evil that motivated Christians to do pious deeds. However, Wiccans don’t even believe in the devil. They think that people who do bad things get their negative energy back, instead of being punished after death. They also believe that everything a man does returns to him tripled.

The Horned God is considered the husband of the Great goddess and represents the male part. He is believed to be the Master of Nature and the keeper of the Gates of Life and Death, while his wife is also called the Triple Goddess as she embraces the Maiden, the Mother and the Crone, associated with three phases of the Moon.

Wicca holds a belief in the energy of nature (water, earth, fire, air), which is used for different rites mostly intended for the benefit of people. They include various spells, hex or the evil eye removal, etc.

Wiccans also believe in the divine power which is a union of the male and female which co-exist in complete harmony and on equal grounds. That is why God and Goddess have equal power and it depends on the purpose of the rite which one to address to.

The magic of plants, particularly herbs, flowers, trees and roots, is also very important for Wiccans. This is why Wicca is also called a rural magic and is considered to be practiced by elderly ladies from the country, with their knowledge passed on from one generation to another. Today, in situations when medicine is unable to give any answers, people turn to these very elderly ladies. Their herbs and flowers, prayers and spells cure people from their severe illnesses within several days or weeks. Besides, the magic of plants is multipurpose as plants can be used to make talismans, amulets, decoctions, ointments, incenses.

At the same time, female followers of Wicca call themselves witches and gather to their sabbaths year by year. There are eight sabbaths a year and each one is timed to a certain time of the year and is directly connected with the changes occurring in nature. These sabbaths form the wheel of the year that spins infinitely.

The most important holiday in Wicca is Samhain. Celebrated on October, 31, it is believed to be the day when the border between our world and the underworld is very thin. On top of that, this is the time when first frosts come, which in paganism has always indicated the end of the current year and the beginning of the next year. Wiccans believe on this day spirits of the deceased visit the alive. 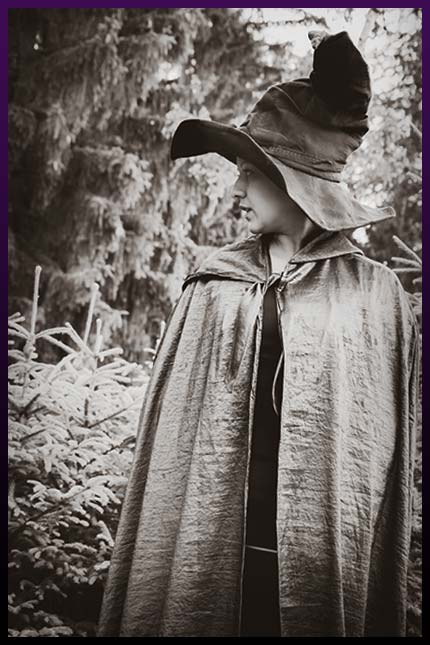 They celebrate Yule on December, 21. It is the day of the winter solstice. This is when days start getting longer, marking the rebirth of the Sun God.

Imbolc – February, 2. It is believed to be the day when Goddess returns as the Bride. For example in Great Britain this is the time when trees start coming into bud.

Ostara – March, 21. The holiday is held on the day of vernal equinox, so in Wicca it is the celebration of equilibrium and balance, including psychical one. This is when witches get rid of everything unnecessary and acquire something new. It’s not necessarily things. It can be thoughts, habits or feelings.

Beltane – May, 1. It is the second most important holiday in Wicca, because the border between the two worlds gets thin again. It is the day when the marriage of God and Goddess is celebrated, after which Goddess becomes a mother.

Litha – June, 21. This is when the sun is at its maximum. In Slavic culture this day is celebrated as Kupala Night.

Lammas – August, 1. This is when people make donations because they start reaping their first harvest. It is believed that on August, 1 God dies and gets reborn.

Madron – September, 21.  The day of balance and equality. By this day, all the harvest is reaped.

I would also like to add that Wiccans live according to the same principles as Christians. Some of them are:

- don’t do harm to people (psychic, physical, magical or mental);

- don’t make fun of other religions;