When people ask me how good Wiccan death spells are, I always reply there are no such spells and there is no Wiccan magic. At the same time, I, spellcaster Maxim, cannot call Wiccans liars. In my opinion, they are just dreamers or ignorant people who did not bother to spend even a couple of hours to try to understand that “the great teaching about the fusion of nature and ancient deities” is no more than a game or a good excuse to have a picnic or to meditate in the park. Whether you want it or not, that is all this religion (I have never thought I would ever call it so) can give you.

You do not have to study magic for years to see that I am right. Just read about Wicca on Wikipedia 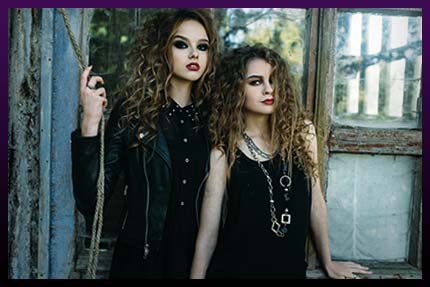 and you will find all the tips. To save you some time, I am going to list them right now. They are:

Let us begin with Wiccan texts. Wiccan death spells were designed when drug use was at its peak. The founder of Wicca was no exception, so most of his books contain only his personal fantasies and ideas of how people should live (similar to those embraced by hippies). Unfortunately, this man never studied magic.

He adopted mystical ideas from Crowley (the second tip), a great master of insinuations, actor and a man who could make money from his own name. He was anyone but a founder or an adept of some ancient religions. His works are enchanting, yet they cannot give anyone magic powers.

Are you disappointed? It is not all. Let us talk about the first tip, the Horned God. He was worshipped not by all ancient cultures. Besides, it was a long time ago, and a number of other branches of magic have appeared since, including Sumerian and Egyptian magic, Ancient Greek and Roman magic, Scandinavian and Muslim magic, Toltec and North American Indian magic, Buddhist magic, etc.

Wiccan rituals were replaced by them. Moreover, you can barely find anything even about those rituals. So we can hardly refer to some “preserved traditions” or “inherited secrets”. Speaking of Wicca in general and Wiccan death spells in particular, we need to understand that it is a new religion based on the faith of those who believe in it, rather than on some rituals.

Here is more proof. Modern people see ancient religions as something barbaric and cruel due to their blood sacrifice rituals. By the way, those were not only rituals of animal sacrifice but also rituals of human sacrifice.

Open one of the oldest magic books, the Bible, and you will find proof of that.

Thus, you cannot count of Wiccan death spells. I am telling it as a powerful spellcaster. But I know there are hundreds of people who disagree with me. But I want to ask each one of them, “You are trying to prove Wiccan death spells work, but have you ever cast one? Have you ever killed anyone with a Wiccan spell or is it just your groundless faith?”

Note that such arguments as “I had a spellcaster cast one of the Wiccan death spells” are not accepted. I know several magic practitioners who offer their client Wiccan or voodoo spells but specialize in a different branch of magic. By changing the name of their rituals, they can make more money. It is like a person selling drinking water. When a customer asks, “Do you have spring water?” he says yes and hands a glass of his water. Another customer asks, “Do you have silver-purified water?” and he says yes again and hands a glass of the water, too. A third customer asks, “Do you have water complying with the ancient Mesopotamic magic traditions?” and the seller says yes and hands this customer a glass of the same water. Is he lying to his customers? Yes, in some sense, because the customers still get what they want – water to quench their thirst. Similarly, spellcasters promising you to perform some Wiccan rituals are not actually lying to you. They give you want you want. It is just their methods. They are different from what you asked. 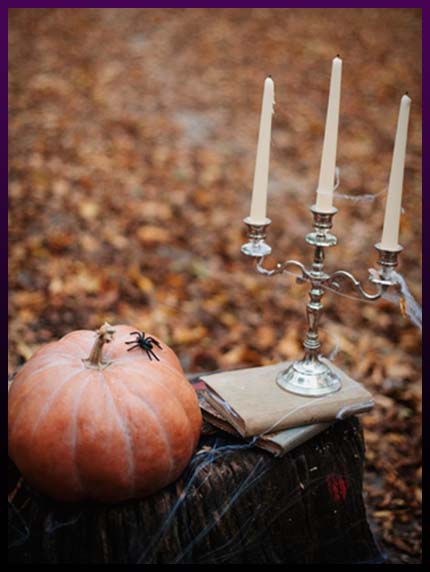 I prefer to be honest with my clients. When someone asks me for Wiccan death spells, I honestly say there are no such spells. However, there is a wide array of other spells I am very good at. Thus, I can engage the forces of the world of the dead, I practice cemetery magic and other branches of magic which makes my services highly satisfying to my clients. As a result, you get what you want and, more importantly, no harm is done to you.

Unfortunately, I cannot say the same about Wiccan magic. Even though earlier I said it was useless, do not think it is harmless. Any attempts to put a death spell on another person attract evil forces, and any attempts to perform a magic ritual open your energies making it easier for them to get inside. When it happens, you get infected with a parasite devouring your energy day by day and gradually spreading its influence on your parents, spouse, children, and other loved ones.

If it happens, Wiccan magic practitioners will not help you no matter how much you ask. Wiccan death spells are not the only thing useless in Wicca. Wicca is useless as a branch of magic. Eventually, you will come to me or spellcasters like me – traditional magic practitioners who have always warned you about the dangers of Wiccan rituals.

That is the only way it can be because Wicca is believed to engage the spirits of nature and they, just like all energies of our world, are neutral. We change them with our thoughts and actions. When you are disconnected from it, it becomes neutral again. So to perform light rituals, you need to engage light entities living in the light worlds. To perform dark rituals, you need to be supported by dark entities from the darker worlds. Both are lawful residents of our world who come here to help, save, judge, punish, or harm people.

Therefore, the following conclusion can be drawn about those trying to cast Wiccan death spells. They are not supported by the deities or the spirits they pray to.

If you want to know more about death spells and how they work, please watch the following video.