Homepage Articles Black magic spells HEXES, RITUALS TO PUT AND REMOVE HEXES
By: Spellcaster Maxim
Esoteric, astrologer, writer
A hex is a very popular black magic ritual. It is used by many peoples. Bonn claims that there are 60 methods of how to put a hex on a person. One of them is bundling up different ribbons and hiding them near the place this person lives.

Needles (used for grave-clothes making) are often used for putting a hex.


A needle is bent in a ring, its needlepoint inserted in the eye, and buried in a place where the victim urinated. 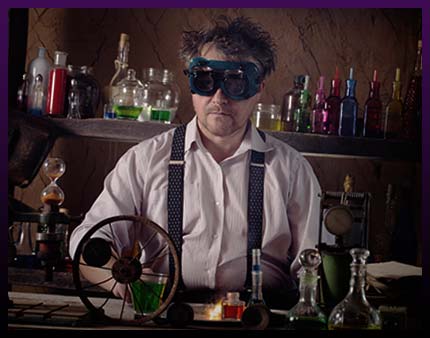 Hexes were popular in West Indies. While on their way to conquer the main city of Mexico, the soldiers walked through a pine grove which trees were all covered with different knots, paper stripes, etc. They were explained that the sorcerer of Tlaxcala wanted to put a hex on them to deprive them of their courage. It caused Homeric laughter among the soldiers. Stroll notes, that if the ritual had been performed by Spanish sorcerers, it wouldn’t seem so funny to them. This reflects the significance of this ritual. Naturally, it is applied of the category of hypnosis.

In the 113th chapter of the Koran, we find an article about some women who make knots. This chapter, together with Chapter 114, was probably published after Mahomet freed himself from the hex that had been put on him. Arab writer Gelal claims that this hex was put on Mahomet by two Jewish girls who gave him a rope with eleven knots. Gelal notes that they blew at these knots and whispered some strange words.

Often a hex causes impotence, so there are numerous ways how to increase a man’s potency. Khodja Omer Habely Abu Offunan offers to suggest him to perform an ablution and pray; then put your right index finger on the end of his penis and cover his stomach with your left hand; ask him to look you in the eyes. Look at him back and read two final chapters of the Koran to yourself and say to your partner aloud, “Go, the witchcraft has been destroyed. Your sexual potency has been increased.”

The South Slavs have a tradition: if a husband can’t have children, his wife picks some maple leaves and, waving them over his penis, pronounces, “Oh, maple, green tree! Let the potency of my husband blossom like your buds do!” (Withes can be used instead of maple leaves.)

If a man from Northern Dalmatia can’t meet the needs of his young wife, his mother-in-low builds a fire and warms some water. Then she takes three hot pieces of coal and throws them into the water, her thoughts focused on the people who put the hex on her son-in-law. Then she washes his penis in this water and potency returns to him.

Sometimes, the following spell can be used: after sunset, the husband and the wife go out to the plough land where the plowmen left their plow. They disassemble it, scatter its parts and, holding their hands, walk away. By destroying the plow they destroy the evil spirit.

One witch from North Dalmatia recommends the following: the wife should use blackthorn and hawthorn to make a circle. A hole in this circle should be the size of her husband’s penis, so every time he wants to urinate (during the day), he could put his penis through it. It will be his salvation. In this case the effect of the spell depends on the plants used, which symbolize the spirit of the tree.

The spouses can take two sacks and put one, which is tied up securely, into the other, which they tie up too. Then they spread the sacks and have a sexual intercourse on them. It can be interpreted as locking up the evil spirits in the sacks. The spells, which must have been pronounced while people performed this ritual in the past, are long forgotten.

There is a belief in West Bohemia that a trouble, which resulted from magical interference, can be overcome by urinating on an old coin. 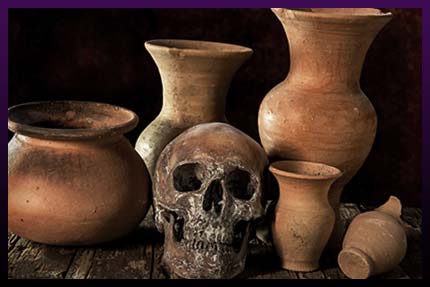 In Croatia, when a woman doesn’t want to have children, she waits for their period to come, takes three red-hot pieces of coal and puts them into her blood. If she changes her opinion, she just throws one of these pieces of coal into a fire. A child will be born within a year. Or she can take a string, the hands of the deceased were tied up with, and ties her naked body. After that, whatever she does, she won’t get pregnant.

If a bride doesn’t want to have children, she takes a padlock with her before going to take a bath on her wedding day, a key to this lock, and one silver coin. After the bath, she hides it in her bosom and goes to the wedding. She won’t get pregnant until she buys something to eat with that coin and eats it herself. But she will never have children if she loses the coin.

In комитет pest, a bride who doesn’t want to have children throws some rice into a fire during her wedding. Or she puts out a burning rosemary using her own blood (rosemary is believed to be able to prevent unwanted pregnancy.) In Kremnica, if a mother doesn’t want her daughter to have children, she throws a locked lock into the water. In bekezersky Committee, a bride is handed over a locked lock which keyhole is filled with millet. If the lock opens up accidentally, the magic won’t work.

This is also what a man does if he wants to revenge himself on a girl for breaking up with him. He takes a padlock, locks it and waits for the newlyweds to throw it at them. He can keep the key or throw it together with the lock. It can cause infertility or impotency.

The hex is removed only when its caster finds and unlocks the lock.


Or, on the wedding day, he throws the locked lock into the sea, saying, “The groom will be able to deflower the bride only when the lock comes to the surface and gets unlocked by someone.” The husband loses his ability to have sex with his wise. Girls do that sometimes, too.

The South Slavs use gender magic quite often (both when they want to get out of trouble or attract luck; when they want to find a rich client or wife). Afraid of the verdict, a South Slav appeals to his penis and asks it to take upon itself full responsibility for what he’s done. They call them “life” and “power” because for these people they are everything.