The Book of Curses, Part 2

Subconsciously all people, including hypochondriac ones, get anxious when someone is cursing them. There is an explanation to it: negative effect of curses is a fact, just like the existence of respiratory diseases (which was discovered a while ago). Curses exist and they can be of different types, like influenza viruses.

In most cases, it is a family curse. It’s when your ancestors happen to face black magic and each next generation is haunted by troubles growing like a snowball. If a curse has been put on your family, you should be familiar with some of these: family members behaving weirdly or suffering from mental diseases, neuroses, chronic diseases, infertility, endocrine diseases, hormone system disorder; unhappy love lives which develop according to almost the same scenario; lechery, death of children and men; bad temper. 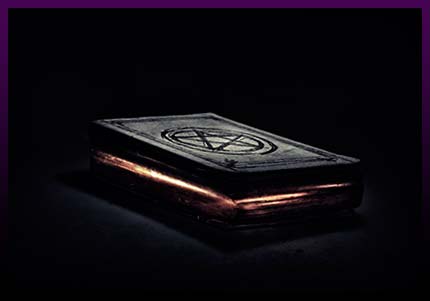 If it’s more than one symptom, something is wrong. Especially, if a member of your family has been convicted unjustly or subjected to repression. If alcoholism can’t be treated with regular methods, your family may have been cursed.

Family curses are not accidental (it’s not a cold, you can’t just pick it up). A curse on your family means that years ago something bad happened to your ancestors and troubles keep following their off-springs, destroying their lives, including you. Negative information is recorded in each cell of your body and, like a genetic disease or inherited qualities, such as skin or eye color, will be transmitted to your off-springs. Such inherited information-energy disorders are called family curses. It’s easy to be cursed. Let’s assume a person is given a scolding (even without curse words being said). He starts to worry about it, his energy opens up and gets struck by the negative energy of the scolding. This is how a person is put an everyday curse on.

Below are more complex ways how to be laid a curse on:

Parental curses have very bad consequences. A person can be cursed by his parents during an argument. For example, a mother utters without thinking, “Dammit!” and her child gets kidnapped and raped. And it sounded like such an innocent phrase…

Such curses take effect quickly and work well because the curser and the cursed are blood-related and the child’s body has no need to build any energy protection shield. So the generation gap problem is not someone’s personal problem, it’s a global, universal problem. When a person is cursed for libertinism (the parents don’t approve of the chosen partner), it causes a family curse, celibacy wreath, retarded children to every seventh generation.

In Russia, many such curses were put during the Revolution, when chaos reigned in the country. Now we are going through another quiet revolution, so in some 70 years there will be another surge in the number of active family curse cases. 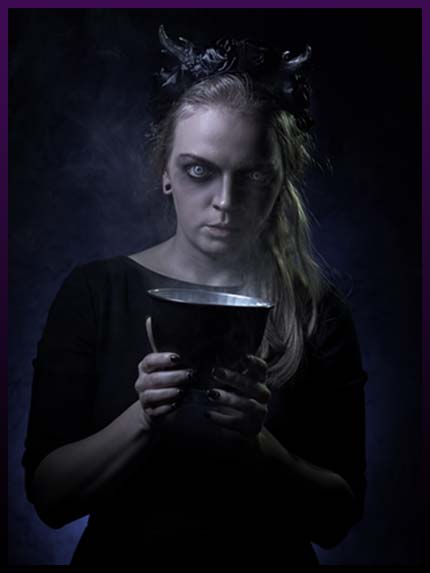 I don’t think I should explain what a Gypsy curse mean. Regardless of who puts it (it can be a non-professional Gypsy girl), the Gypsy curse is always laid on in the form of an object curse (objet curses are put by applying magic to objects or a magical spell casted by a magician or sorcerer for money). Gypsies are the off-springs of magicians who lost their knowledge and spirituality, but preserved their karmic protection. Any “attack” on a Gypsy is reflected through cosmos and falls down on the attacker in a cascade of troubles. So if a Gypsy starts talking with you on the street, try not to pay attention to her. In this case no matter how hard she curses you, you are safe. But if you’ve given her some money (even a coin) and regret it, and then you come to your senses and start cursing her for it, it’s sure to cause an object curse and later a family curse. So, if you’ve swallowed the bait, accept it to avoid more troubles. The effect of Gypsy curses varies and is occasional.

These curses are put when religious norms get violated (regardless of the religion). A person can be cursed during anathematization (or other forms of religious punishment), where the curser is a priest or another ministers of religion. Such curses manifest themselves in each generation, until the seventh generation. A deeply religious person can curse himself when violating some of the norms, too. This is how he punishes himself for his sins.

These are regular infections people can catch while using public transport or standing in a ticket line. It’s enough to just embroil in an argument, and if your opponent is stronger than you energetically, you’ll have a non-object curse put on you, which will manifest itself later as an everyday curse. So if you feel down after an argument, call a professional and get the curse removed, or use folk remedies to restore your energy.