Homepage Articles Love magic A spell to end a marriage for you and for other people
By: Spellcaster Maxim
Esoteric, astrologer, writer

A spell to end a marriage for you

A lot of people buy a spell to end a marriage not to get even with an enemy, set someone free from a relationship (we will discuss both cases in more detail later), but for themselves. Yes, as an experienced magic practitioner, I can assure you that this is often the case. The thing is it is very difficult to leave your spouse who you once loved and with whom you have created a lot of memories that you both cherish. It is not your fear or doubt, even though they are often present as well. It is that invisible create that causes you to have these feelings and emotions keeping you from taking the final step to freedom. 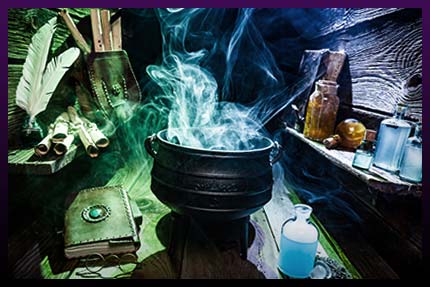 When you get married, an entity is assigned to keep an eye on you, known as your marital egregor or Guardian Angel. Its goal is to not let you break up. Note that its responsibilities do not include making you happy, rich or helping you have a lot of children. Its goal is to preserve your marriage. To this end, your marital egregor can go to great lengths, including doing some destructive things.

It is the work of your marital egregor when you cannot split up because:

For this reason it is usually very difficult to make a decision to get divorced. But if you are unhappy with your spouse and you know getting divorced is the right thing to do, use a break up marriage spell to break the connection between you and your marital egregor and clear your mind to make the right decision.

Do not try to find information about “how to break up a marriage spell” on the Internet, as the majority of such spells are designed not to tame the egregor but to kill it. A spell like this will set you free but prevent you from getting married ever again. Upon seeing how easy it was for you to kill your old egregor, Higher Powers will never assign a new one to you. It means that by casting a spell to break a marriage for yourself, you doom yourself to a life of loneliness.

The second most common reason why people buy a divorce spell is to set someone they love free from a marriage. Thus, people order such spells for their family members to help them leave their toxic marriage or for someone they love but cannot be with because this person is married. Are such spells dangerous? Yes, they are very dangerous.

Higher Powers see it immediately when a person decides to cast a spell. Imagine being on a plane. It is night. Suddenly you see a ray of light coming from below. This is what happens every time you try to perform a ritual. You attract the attention of Higher Powers right away, and they start analyzing your actions. When you just have a dream, no matter how bad it is, and your dream remains just a dream, it is one thing and no person has ever been punished for it. But when you try to make your dream come true using destructive magic, the severity of your crime is evaluated by the following two criteria:

- The goal you are pursuing;

- Whether or not you give freedom to the one you are trying to put your spell on.

Let us assume your intentions are pure. Well, you pass by the first criterion. But is there a guarantee that your ritual will make the person you love happy? Happiness has a different meaning to each person. You believe his marriage is bad, but he disagrees. Besides, in the future his wife is destined to save him from some terminal illness or to give birth to a child that will give new meaning to his life, meaning your spell to end a marriage will prevent this man from beating his disease or from living a more meaningful life.

You cannot know for sure what changes will be triggered by your spell, positive or negative. So again I want to ask you to not cast spells for yourself. Buy spells from professional magic practitioners who can perform magic rituals and see the future in detail.

A spell to break a marriage to take revenge 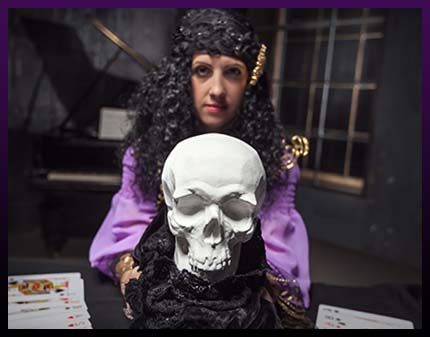 When you make someone unhappy or go against someone’s will, you commit a karmic crime which is a very serious crime. I, spellcaster Maxim, cannot imagine how people can be careless about it. It reminds me of children with a snowball who do not know yet where to throw it. They want to throw it not just in the air but at least at a car, at a window of the neighbor’s house or at the neighbor’s dog. They want it to be fun and they could not care less about the consequences. However, when the car pulls over and the driver who looks very angry hops out of it and starts chasing them, they are terrified. When the dog starts growling, they are terrified. When the neighbor comes out to yell at them, they are terrified as well.

The possible consequences of magic spells should never be ignored, especially when you want to end someone’s marriage with it. Can black magic break marriage? It can. Black magic spells break the bonds between the spouses leading to a divorce.

Even a tree should be trimmed with care or it will dry up and die within a few months. Should I say anything about human energies which are a lot more fragile and sensitive to magic, especially black magic?

Such breakups lead to energy infection or curses sticking to the ruptures or physical diseases shortening the patient’s life greatly despite any treatment. When you ruin a person’s life like that, remember that the destructive power of magic never stops moving, forward or backward. When you cause an injury to someone (even if it is a minor energy injury), it will come back to you sooner or later and injure you just as badly.

When I ask you to not even google “how to break up a marriage spell”, I know what I am talking about. Hundreds or even thousands of fates get broken every year only because people try to use black magic to get revenge on their enemies without understanding that their break up marriage spell will harm them as well.

I know that sometimes a desire for revenge is too strong to suppress. You lose your sleep over it and sometimes you start losing your mind. I do not say you do not have a right to take revenge. I just want you to be careful when you do it, to be above suspicion like major Mafiosi do. Hire a “killer”! By the killer I mean a professional spellcaster you hire to cast a divorce spell on the people you want and keep you in the clear while keep your karma intact!

Let us assume you are allowed to cast a spell to break a marriage because:

- You have good intentions;

- The person you love will be happy after a divorce.

Is it still worth casting spells by yourself, even if they are not supposed to have any karmic side effects? Well, it is not! Avoid it at all costs. Never cast spells for yourself! Do not even read about magic and do not try to cast even the simplest of spells! Imagine you come to a zoo at night with all cage doors open. You know that there are animals here that can help you find a way out of the dark, but hyenas and man-eating tigers are here as well, and you never know which of the animals will come to your calls.

Remember that every ritual performed is an energy ray piercing through the Universe and different worlds. But it is more than just a call for help. It is also how entities travel between the worlds to come to your calls. You will be in mortal danger if you have no protection when they arrive. I have told you about it in my previous articles some of which are scarier than the scariest fantastic novels you read or horror movies you watched.

There are experts in each field of work and magic is no exception. Professional magic practitioners can perform a divorce ritual for you properly and in a safe manner. I practice only safe magic so you can contact me as well.

I specialize in love magic and love spells. I can make your wish come true no matter what it is and how unrealistic it may seem. 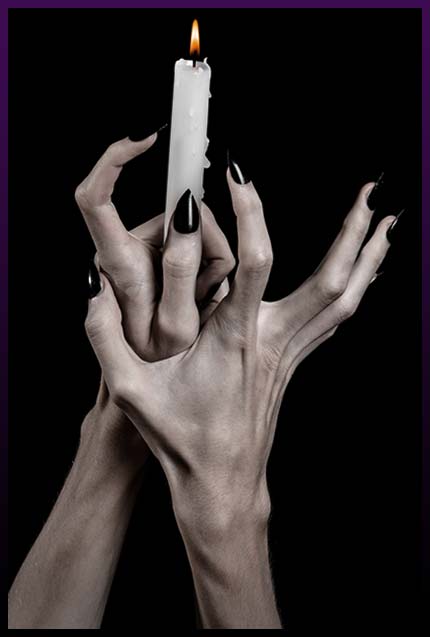 Can black magic break marriage? The answer is yes, it can. In brief, my magic spells can make spouses want to end their marriage. Depending on the specifics of each relationship, more or less powerful divorce spells are needed (relationships needing easier spells are at the top of the list):

Lovers who do not live together;

Lovers who live together but are not married officially;

Couples who got married in church;

Married couples who love each other very much;

Let me say it again. Every couple can be broken up with magic. However, it is more difficult to break up couples at the bottom of the list than those at the top.

Every person can buy a magic spell. To this end, you need to let me or another magic practitioner you work with know the names of the lovers, send their photographs or a photograph showing them together, and if possible their hairs. The more material is available to your spellcaster, the stronger spell he is able to cast. The stronger the spell, the more effective it is and the more difficult it is to protect oneself against it.

There is one more thing I would like to remind you of. There are several rules to be observed by all people working with professional magic practitioners:

1. Never tell anyone about the spells you buy. Never write about your spellcaster on social media or in your personal blog.

3. Do not try to help your spellcaster by casting additional spells.

4. Having your fortune told is prohibited throughout the entire spellcasting process as this can interfere with the spell.

5. Many spells cannot be canceled, so make sure it is what you want and need and you are ready to go all the way.

6. The spellcaster can discontinue the ritual at your request but you will not get a refund.

7. Do not think that getting revenge will make you happier. Instead of taking revenge and trying to make another person unhappy, buy a spell to make your life better and make you happy.

Also remember that a spell to end a marriage can as well as be used against you, so make sure you know how to check your marriage for symptoms of divorce spells.