About witchcraft voodoo professionally and with no false advertising

To find out what witchcraft voodoo is, I need to hold a short geography and history lesson. To begin with, today voodoo is considered a religion rather than a branch of magic. For example, in some North African countries, voodoo is a state religion. There is nothing mystical in it. Believing that true voodoo adepts can work miracles is like expecting your local church priests to do the same. There are saints in this religion, but they are not them.

However, there are people who can perform various rituals, including black magic illness and death rituals, using some prayers known even to you, even though you may not say them every day. Priests disapprove of it. The majority of religions aim at leading people if not to light than at least to not doing evil. Black sorcerers using prayers and religious accessories in their rituals commit a crime, undermining the very foundations of the religion. 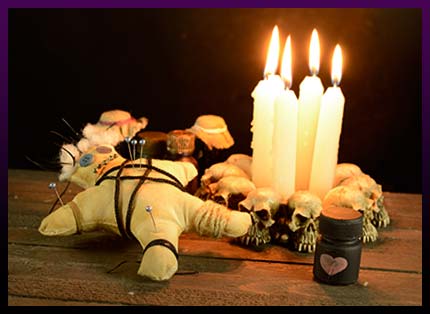 In voodoo there are Mambos and Houngans – priestesses and priests, and Bokors – sorcerers practicing professional voodoo magic, usually black magic. Voodoo priests and priestesses disapprove of them because magic is not a part of the voodoo religion. By falling into a trance, they make contact with egregors guarding those asking them for help and get answers to various questions, including:


People need to proceed based on the information received. This is the main principle of all religions. You go to the church to remove negative energies, improve your energy and then, with a prayer or through a priest get the answers to some questions, and then act accordingly.

So there is nothing strange in the actions of voodoo priests. The only difference is that to gain knowledge, they may fall into a trance or sacrifice a chicken. But what about Hindu priests? They get the answers through meditation. Catholic ones? They pray for hours standing on their knees. Does it make them sorcerers and their religions branches of magic?

Sorcerers practicing witchcraft voodoo have adopted a lot from voodoo, including black candles and gris-gris bags. However, they failed to adopt its traditional rituals, which is why they have no choice but to travesty them.

Think about it: to perform a simple voodoo ritual, you need


We are talking about true ancient witchcraft voodoo which is strong enough to call up Higher Powers to help you solve your problem. Such rituals are performed in only several locations worldwide. In most countries those claiming to practice voodoo are in fact practicing its travesty and all that is left of true voodoo are some songs and dances. True voodoo rituals are long-forgotten.  Adepts of such religions give their gods African names but if you take a closer look at them, you will see Catholic saints which can be addressed directly through a regular Catholic church avoiding any third-parties.

I practice witchcraft voodoo and use gris-gris bags, too 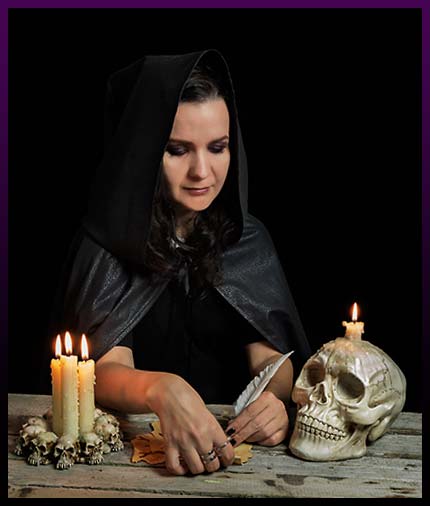 However, they are just a tiny part of what I use in my rituals. I have never called myself a voodoo sorcerer.

I am a spellcaster practicing multiple branches of magic. As a very experienced spellcaster who has helped thousands of people, I know for sure that none of those advertising oneself as a voodoo sorcerer on the Internet is an actual voodoo sorcerer. Secondly, European or Muslim magic is as strong as and sometimes even stronger than this kind of magic.

Thus, even true voodoo priests engage lower egregors and spirits – those in charge of small locations, such as village or street spirits. This spirit is almost almighty within this area. However, outside of it, it is much weaker than Higher Powers, the forces I work with.

Therefore, a true voodoo priest can be compared to a small-city doctor who can treat flu and set dislocated bones in the locals, but who is helpless when he finds himself at some oncological clinic or the resuscitation department of a cardiovascular center. This is the best way to describe the difference between voodoo sorcerers and true spellcasters. Thousands of people who traveled to Africa or Haiti in order to get help finding love or recovering from a disease will agree with me. They felt better right after some witchcraft voodoo ritual was performed, but the ritual expired as soon as they came home.

This applies to all voodoo spells so do not expect some of them to be more powerful than others. I am not saying all voodoo sorcerers working online are liars. However, expecting them to solve your problems is foolish.

Do not use witchcraft voodoo

Remember that true voodoo sorcerers can help only people living in close proximity to them. Those offering help to people living in other cities or countries are intentionally lying. The Western World has never known voodoo. It became popular after such movies as Angel Heart and Pirates of the Caribbean. For some reason people decided voodoo could work wonders. In fact, voodoo’s power is just another product of the imagination of the scriptwriters who worked on those movies.

Let me repeat it again – do not order my witchcraft voodoo spells, but still contact me in case you need my help. I will solve your problems using some other, more powerful branches of magic and engaging the forces in charge of all people on the planet. This allows me to always provide only the best-quality magic services to each of my clients.