I, spell caster Maxim, told you multiple times about the mistakes which can be made by inexperienced spell casters, especially when black magic is involved. I told you how to check yourself or your loved ones for the symptoms of a spell’s blowback. I taught you how to identify astral or magic attacks. These articles and more are available at my website. Besides, I post new articles once in a while, so my loyal readers always get to learn something new about magic.

Today I would like to talk about black magic and the dangers associated with it that few people know of. I am talking about the harm black magic practitioners, experienced or inexperienced, may do to their clients. I will try to cover it all. If I forget something, do not hesitate to contact me and I will include your letter in one of my future articles. 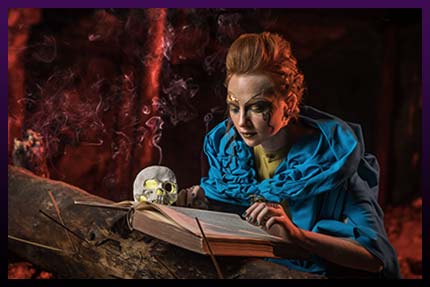 DILETTANTES. Usually, before people start doing something on a professional level, they study it for at least several years. They attend some classes, read books, take tests, and get degrees. Unlike them, magic dilettantes read a couple of books or a dozen articles downloaded from some unreliable websites and create their own websites or Facebook accounts to promote their services.

They claim to be black magic spell casters, but they know about magic not more than they do about psychology, aviation or neurosurgery. Those who work with such dilettantes end up being cursed, and as you know, black magic curses are among the most dangerous curses in magic.

MADMEN. Unlike dilettantes who are driven by greed or who just think too high of themselves, these “black magic spell casters” are just crazy people. Due to some mental and nervous system disorders, they come to believe Higher Powers want them to save people. As a result, they start offering their magic services.

It is hard to say how many mentally unstable people consider themselves magic practitioners, but I can assure you there are many of them. On the bright side, they tend to design their own rituals, which is why their “services” are mostly harmless.

FOOLS. They are not crazy, although they definitely lack common sense. They believe they possess some magical powers, so they offer their magic services. Like people with mental disorders, they think they do not need to study. Thus, their rituals are harmless. Nevertheless, occasionally such fools try to perform real rituals, ultimately destroying the lives of everyone involved.

DREAMERS. Their professional life as spell casters is very short. They come to a conclusion they can practice magic after reading some fantasy books or watching some adventure movies. However, after a while the forces behind black magic slap them so badly that they stop dreaming and discontinue their magic practice immediately.

“HUNTERS”. There is a small group of black magic spell casters which could be described as “hunters”. They are very dangerous. Knowing that the energy of curses and diseases, poverty and ill luck cannot be destroyed but can be driven away from the victim’s subtle bodies, they do as follows:

- They work with two clients who do not know about each other;

- They remove the curse from one client (as a rule, the one with more money) and put it on the other one.

Thus, a client comes to one of the black magic spell casters in hope to find love and he finds it. However, he also gets to deal with a poverty curse or a curse causing some physical or karmic diseases put on him by the spell caster.

The last group of dangerous black magic spell casters includes FRAUDS who do not practice magic and do not perform magic rituals but just pretend to be magic practitioners or healers. As a rule, at some point they disappear and you cannot find them. A lot of people think they are harmless, but I, a professional and highly qualified spell caster, disagree. 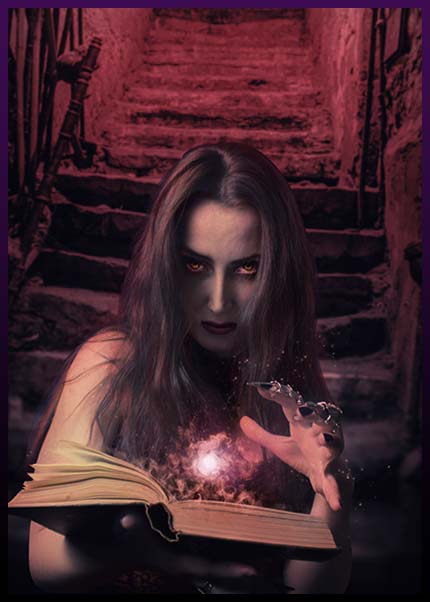 Frauds take away people’s last chance to have their problems solved, so I ought to warn you about them as well.

Fortunately, there are professional black magic spell casters who always try to do a thorough job and use a responsible approach. Their black magic services are safe and they will do their best to help you. There are plenty of such spell casters and finding one should not be a problem to you.

As usual, let me end this article by answering some of the questions asked by my readers.

“Can I hire two spell casters at the same time to get better results?”

No, you cannot. You either trust your spell caster or you do not. If you have doubts, do not work with him at all. If you hire two spell casters simultaneously, they will just interfere with each other’s work.

“Can I hire a spell caster to get even with the fraud I happened to work with who claimed to be a voodoo sorcerer?”

Yes, you can. But if I were you, I would not waste my money and time taking revenge. Such frauds are punished by Higher Powers, so rest assured that fraud will get what is coming to him.

“Can I somehow control the spell caster I’m currently working with? For example, can I go to a fortune-teller to find out if I will like the results of his work?”

If you do it, the progress achieved by the spell caster will be brought to nothing. For your information, fortune-telling is a form of energy like any other ritual.

“I don’t practice magic, yet I think I have some magical abilities. Can I find out the truth without performing magic rituals?”

You can. Unlike other talents, this one does not require training. Just observe it. If you actually have some magical abilities, you will see them improve your life. People never fail to see such improvements and never fail to understand their root-cause.

In conclusion, I would like to give some tips to my loyal readers who visit my website in order to learn safe magic. As usual, I am happy to present to you the following video: