Homepage Articles Black magic spells How to cast a separation spell without harm to yourself or another couple
By: Spellcaster Maxim
Esoteric, astrologer, writer

First of all, it is dangerous because break up spells change your energy regardless of who cast them, you with very little knowledge and zero experience, or me, a professional and responsible magic practitioner. Break up spells break the energy connections between you and your partner. It is not painful, yet it has certain consequences. Imagine you have a vacuum cleaner with a hose. When you disconnect the hose, it will be quite difficult to put it back and make it the way it was. Even if you manage to do it, there is no guarantee that this vacuum cleaner will work properly and most likely there will be some leaks. 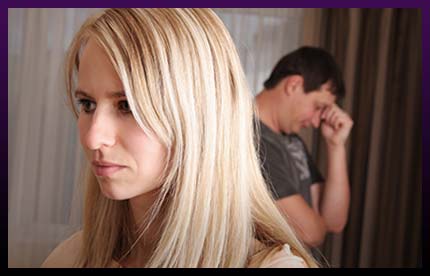 Even though it is a very simplified example, it shows how our energy channels work after being influenced with a black candle separation spell. They will never be as reliable as before. Therefore it will also be more difficult for you to keep your partner interested in you.

Stop! I just realized that without explaining to you the energy specifics of a relationship between two people, I cannot explain to you why separation spells, including a spell of separation in Islam of husband and wife, are dangerous. So let me tell you about it in brief.

It is quite difficult to find a perfect partner. For your chakras to reunite, they should be working in unison. When this happens very fast, love at first sight occurs. Also this is the case when you have a long-term relationship in which both the partners do not mind adjusting to each other. When a love spell is cast by a professional magic practitioner, he ensures that the chakras of the people start generating similar energy so they call fall in love with each other. When a couple separation spell is cast, he adjusts the chakras ensuring they lose interest in each other. Besides, in this case the spellcaster impacts both, you and your partner.

This is the main danger associated with separation black magic. You may end up having completely different chakras and be unable to build lasting relationships ever again. You will never have romantic relationships. You will never get married. It will also affect your relationships with your family and friends. It is not surprising. When inexperienced sorcerers cast a separation spell on you changing your chakras dramatically, you become a stranger to everyone you know and have to make friends with these people over again which is usually impossible.

When spells of separation are ordered from low qualified magic practitioners 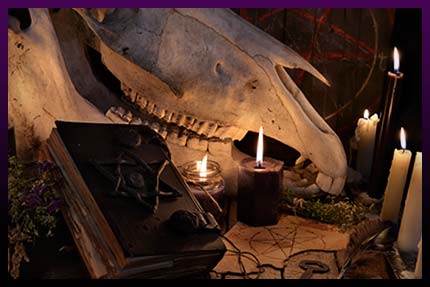 Another danger is associated with the name of this ritual. It is not “voodoo separation spell”, “wiccan separation spell” or “separation in marriage in Islam”. Its full name is black spells of separation, which means all such rituals are black magic, which is quite logical. White magic is used to create love or to make it stronger. To destroy it, black magic rituals are needed. Every one of them is dangerous because they are all black magic.

What happens when you use a black magic spell of separation in marriage? These are some of the most common scenarios:

- Your energies darken. As a result, you start attracting the wrong kind of people, such as alcoholics, thieves, scammers, sadists, etc.;

- Everything good you have done before becomes invalid and you fail to receive the rewards you were entitled to before;

- You become visible to demons – creatures who are the first to arrive when black magic rituals need to be performed;

- You owe energy to the black magic practitioner who may take advantage of it and feed on your energy for years to come;

This always happens when you use black magic separation spells, whether you try to end your own relationship or break up another couple. Moreover, another unpleasant consequence is possible if you try to break up a couple. By doing so you will make your karma extremely heavy and dirty. As a result, you will lose good luck, success, attractiveness, and many other things.

As a rule, the client’s karma and future are of little concern to the majority of magic practitioners. As an experienced and very powerful spellcaster, as a truly committed professional, I am very frustrated by it. Because of such spellcasters and their attitude, people stop believing sorcerers, witches and other magic practitioners. Some of them even think it is impossible to cast a separation spell without harm, but it is not true. To find out why, read this article which was recently posted on my website called Spellcaster Maxim. It is about safe separation spells and you may find it very useful.

I can promise you that if you let me cast a spell for you, such as one of the complex or easy separation spells, you will not have to worry about the consequences. There will be no negative consequences at all. This is because there are three things that I ensure when I cast spells for my clients:

- Professional execution of the ritual;

If you want to know how to cast a separation spell in a safe manner, you have found the answer. I assure you this is true as one of the world’s leading spellcasters specializing in love magic and known for his ability to both, create and destroy love.

If you want to know more about powerful separation spells 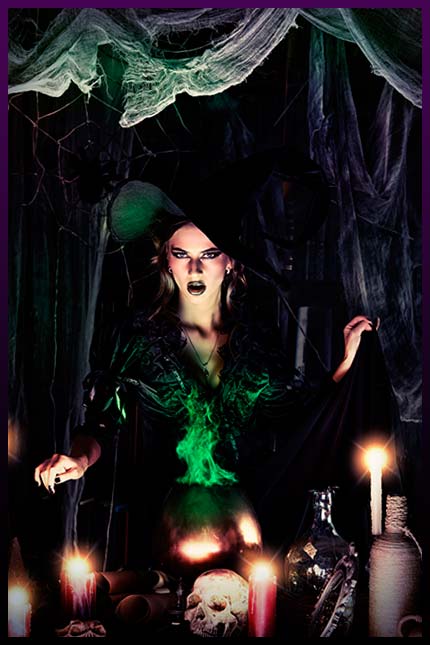 “Can you spell separation for a couple who got married in church?”

Church rituals are not the best way to protect yourself from sorcery, unless the sorcerer believes in the same god as you do. For example, getting married in the church does not help if the spouses do not understand each other, fight with each other, cheat on each other, and disrespect each other. As a result, their marriage can be ended as easily as the one of two atheists.

“What can protect people against sorcery?”

First of all, like I said earlier, it is protective amulets and talismans. Besides, spells for separation are not dangerous for people who really love each other. This kind of love is protected by angels, which always punish the sorcerer and his client for trying to harm the people they protect. As an experienced magic practitioner, I never try to harm people who are together by karma or who are destined to be together. I have written about it many times. Read my articles to find out more.

“Do you know how to do a separation spell on a husband if the wife no longer loves him? It is important to ensure that he agrees to divorce and lets the wife take half of his money. We’ve been married for a long time, but my husband has very good lawyers, plus he’s been the one providing for the family while I’ve always been just a housewife.”

One ritual will not be enough to solve your problem. To begin with, I will need to study your case, as well as know for sure if you have a prenuptial agreement and what it says. If, according to your prenup, you do not get anything in case you are the one to file for a divorce, then I can make your husband want to divorce you and file for a divorce first. That way you will get half of his money. Alternatively, I can perform several rituals. One of them is to do some separation spells work and another one is to make your husband want to give you half of the money you currently have.

“I don’t understand why would someone want to use magic to break up with the partner? Isn’t it easier to just say that you want to leave because you no longer love him?”

There are different kinds of relationships. For example, imagine that your spouse loves you too much, so you will never be given a divorce for your spouse is hoping you can still be happy together. Or you have children or run a successful business with your spouse. Do you imagine the problems you are going to have to deal with if you start a divorce? Sometimes men and women ask me for such spells because their ex-partners are still in love with them, stalking them, or threatening them and their new boyfriends or girlfriends.

Besides, do not forget that there are many people who do not find the courage to get divorced because they are afraid that they will end up feeling completely lonely. They need my help. They need to be encouraged to do what is right. They need my complex or simple separation spells to end their current relationships which are making them unhappy, and find new love as soon as possible.

“Can I break up with my boyfriend using a spell of black magic for separation and then start dating another guy?”

Of course you can. Besides, if you come to me, I will offer you the following three options to choose from:

1. Order new love without knowing who it is going to be and let magic lead you to him;

2. Describe your perfect partner and my spell will find someone like this for you shortly;

3. Specify who you want to start dating and my spell will make him fall in love with you shortly.

Just remember that these options become available only after your current relationship is over.

“Are there no other options?”

There are many other options. For example, if you made a mistake in the past and broke up with someone who you now think was perfect for you, I can help you get back together. There are other options as well. I described the most popular ones, because listing all of them will take too much time.

“I believe my husband left me under the influence of a spell of black magic separation between husband and wife. What should I do? ”

To begin with, make sure got divorce because of a black magic spell. I will tell you how you can do it in the video available on this page. If you are right about black magic, contact me and I will help you get your husband back.